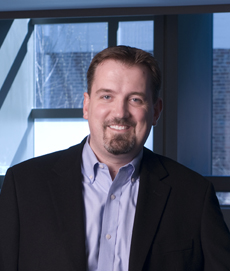 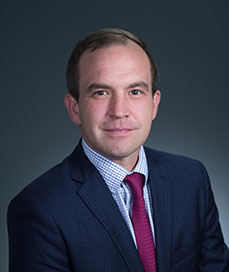 Recently, Jason Burdick and Robert Mauck talked about their collaborations on cartilage and meniscus regeneration and engineered biomaterials.

Q. What projects do the two of you work on together?

Jason: Rob and I are primarily working on two projects in collaboration, both related to musculoskeletal tissue engineering.  The first project is to develop strategies for cartilage regeneration and the use of engineered hydrogel systems, in combination with mechanical loading, to optimize neo-tissue formation using entrapped mesenchymal stem cells.  The second project relates to meniscus regeneration and the use of engineered fibrous scaffolds, also in combination with mechanical loading, to produce constructs for implantation and repair of a damaged meniscus.  Both of these projects target important therapies for the repair of tissue damaged by disease or trauma.  We recently received funding from the National Institutes of Health on both of these projects, with the two of us as shared Principal Investigators on the awards.

Q. Why do you collaborate in these research areas?

Rob: Our collaboration really began with the recognition that each of us had an overriding interest in the tissues in question, as well as in improving technologies that might further their regeneration.  In both research areas, we come to the problem with completely different perspectives.  I was trained as a biomedical/mechanical engineer and biochemist as an undergraduate, whereas Jason was trained as a chemical engineer.  We both ended up pursuing research as graduate students within bioengineering, but with different underlying principles.  Jason’s laboratory is very interested in the synthesis and development of new materials and understanding how they influence cellular behavior, whereas my laboratory is interested in better understanding how cells respond to various material structures and stimulatory cues (including mechanical factors) and how tissue structure and mechanical function evolve as a consequence of these stimuli.  To the outsider, we may both look like tissue engineers, but our approaches are very different.  When we first started collaborating, we quickly realized that the combination of these different perspectives and approaches might help us reach our goals of developing strategies to treat damaged tissues more quickly. (Images to the right: representative images of mesenchymal stem cells either encapsulated in 3-dimensional hydrogels (towards cartilage regeneration) or interacting with fibrous scaffolds (towards meniscus regeneration.)

Q. How did the two of you get to know one another?

Jason: Rob and I started positions as assistant professors at Penn on the same day (July 2005), Rob in Orthopaedic Surgery and me in Bioengineering.  At the time we had never met each other.  Within months of starting, Steve Nicoll introduced us based on our similar interests in musculoskeletal tissue engineering.  Shortly after that, we started discussing collaborative projects and initiated a journal club amongst our laboratories (Mauck, Burdick, and Nicoll labs) on these topics.

Rob: In addition to what Jason already mentioned, I would add that we got to know one another best as we started writing grants together. This involves not just a significant amount of time spent together, but in an ideal case, a significant amount of give and take. You get to know a person best by figuring out not what they think, but why they think it and what brought them to that point. This is as true as much in scientific undertakings as it is in the rest of life.

Q. What led to your close collaboration?

Jason: I believe that Rob and I started collaborating closely based on two main factors.  The first was the complimentary expertise in our laboratories, yet similar end-goal interests, and the recognition of this and how it would benefit the projects.  This is very important, but I would not say this is sufficient for a successful collaboration.  However, the second factor was how our work ethic and style meshed together well.  We offer each other helpful and constructive criticism and work together very well.  This, in combination with the close proximity of our laboratories, has really helped the collaboration to develop.

Rob: I would agree with Jason, particularly on the second point.  I would say that the ability to talk (and argue) really cemented this exchange.  I recall our early conversations where we started at diametrically opposing positions, and eventually worked towards a middle that was better than either of our pre-set ideals. Funnily enough, I now sometimes hear myself arguing what were Jason’s points and occasionally hear him arguing those that were mine.  I think in this way we’ve learned from one another, and have reshaped our thinking as a result.  I’d also add that while we’ve been somewhat successful of late, this was not always the case.  Grant writing is an iterative process, particularly during the doldrums of the mid-2000s when funding agencies were tightening their belts due to other national considerations.  That we both believed in these projects, and had the resiliency to keep at it despite hardship, made the eventual acquisition of funding all the more rewarding.