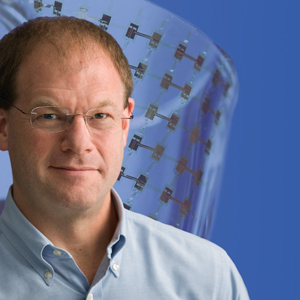 Though his work promises to transform medical care for the brain and heart, Brian Litt is motivated by a less scientific realm: his soul.

Memories of patients with epilepsy whose lives were tragically altered by uncontrollable and unpredictable seizures drive Litt’s determination to find new therapeutics. Recalling, for example, the mother who drowned in the bathtub she filled for her child, part of the one percent of the world’s population who suffers from epilepsy, Litt asks, “How can you not be compelled by that? Ninety-eight percent of the time they spend their lives just like we do, except for that unpredictable two percent when they’re suddenly unconscious or having convulsions.”

Urgently-needed devices that would anticipate and override epileptic seizures are currently under review for approval by the FDA. These devices integrate patents by Litt and were developed by NeuroPace (a privately-held company). The firm’s technology development team includes former Litt graduate students.

“When people look back on Brian’s research, he will be viewed as a real pioneer in advanced biomedical devices,” says John A. Rogers, professor of Materials Science and Chemistry at the University of Illinois at Urbana-Champaign, MacArthur Foundation “genius grant” recipient in 2009 and Litt collaborator.

Commercializing his work doesn’t count as a separate professional life, says Litt. His focus is on bringing therapeutics to patients as quickly as possible. Initially, he intended to devote himself to full-time epilepsy patient care in Baltimore, his hometown. Five years into clinical practice, Litt redirected his career after a painful realization. “For the most severe epilepsy cases, nearly 30 to 40 percent of our patients, I could do everything I was taught to help them, and I wasn’t affecting the natural history of their disease,” he says.

Litt then began a career-long quest to use engineering techniques to improve patient outcomes, focusing on outdated technologies that created diagnostic and therapeutic bottlenecks in epilepsy care.

In February, Litt received a $6 million grant from the National Institutes of Health (NIH) to create an international database to understand seizure generation and epileptic networks—linking a diverse group of investigators from Penn’s medical and engineering schools.

Litt reflects, “There is such a desperate need for the application of engineering to everyday medical problems. We started out asking a simple question: How and where do seizures begin and what does an epileptic network look like? And we ended up with new medical technologies and commercialization, new training programs, and a ton of ideas pending patent disclosure. There has been a tsunami of ideas because Penn has tremendous scientific strengths and is a medical powerhouse.”