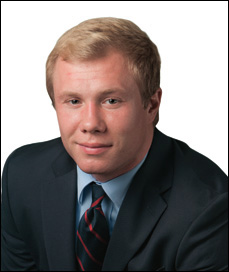 Mike Steltenkamp, a master’s student in Mechanical Engineering and Applied Mechanics (MEAM), is the recipient of a 2013 Thomas Arkle Clark Award from the Alpha Tau Omega (ATO) fraternity. This award annually recognizes ATO’s most outstanding senior candidates for undergraduate degrees.

As a submatriculant, Steltenkamp will graduate with both BSE and MSE degrees in MEAM this December. Steltenkamp was also a member of the Penn Wrestling team from the 2009-10 through 2012-13 seasons.

The Thomas Arkle Clark Award was established as an incentive for young brothers to seek excellence in scholarship, leadership, service, and the personal qualities of character, integrity, and responsibility.  Thomas Arkle Clark was head of the University of Illinois Department of Rhetoric in 1895 when he helped organize ATO’s Gamma Zeta chapter and was its first initiate. Clark was nationally known in the early part of the 20th century for his efforts developing the modern Greek system.