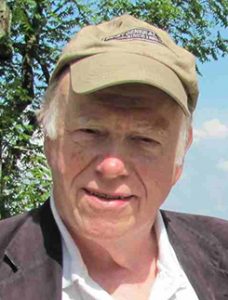 Joseph Cramer, CHE ’66, GR’71, enjoyed a long, successful career in chemical engineering, until his retirement in 2012 from the American Institute of Chemical Engineers where he was the Director of Technical Programming, as well as a Director and Fellow with AIChE. Even while now retired, Joe is still heavily involved as a volunteer on more than six AIChE groups, committees and tasks forces working mostly from his western North Carolina home. He states that he is also extensively involved in the National Council for Examiners of Engineering and Surveying (NCEES). As a licensed PE in the State of Texas, he currently serves on the ChE PE Exam Committee. While currently involved in numerous AIChE and NCEES projects, since his retirement in 2012, Joe’s major focus is now on professional licensing, technical programming on management issues and attempts to increase the positive impact of AIChE Fellows and the profession of chemical engineering.

During his spare time, Joe states that he and his wife are looking to explore the area of their new Blue Ridge Mountain home, which is wonderfully appealing to a long time Civil War buff like himself.