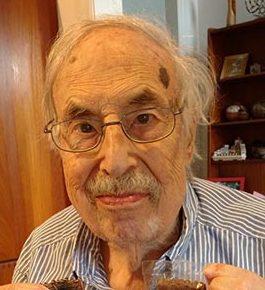 Penn Engineering mourns the death of our former colleague Dr. David Geselowitz, who died on August 22, 2020. The Penn Engineering and Penn State communities have lost a brilliant scientist and researcher, and an extraordinary teacher, mentor and friend.

Dr. Geselowitz was born in Philadelphia in 1930, and graduated from the University of Pennsylvania, where he received his bachelor’s, master’s and doctoral degrees in Electrical Engineering in 1951, 1954 and 1958, respectively. As the top student in his undergraduate class, he received the Atwater Kent Award.

Dr. Geselowitz was known for his contributions to the theory of the electrocardiogram (EKG) and the development of the artificial heart. As noted by the late Dr. Herman Schwan, “David was the best man I had met in electrocardiography work. The National Academy of Engineering recognized him for that work. He became a leader in the country in the field.”

For more on the life of Dr. Geselowitz, please see the tribute from his longtime colleagues at Penn State: https://news.engr.psu.edu/2020/geselowitz-david-obituary.aspx