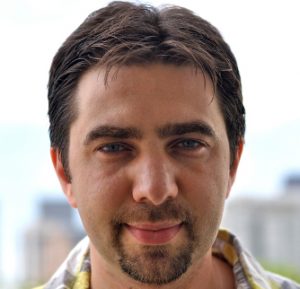 Ben Taskar, Boeing Professor of Computer Science & Engineering at the University of Washington, died of an apparent heart attack on the night of November 17, 2013, at the age of 36.

Our hearts and deepest sympathies go out to Ben’s wife Anat Caspi and daughter Aviv Taskar, and their families.

Before leaving for the University of Washington a year ago, Ben was an Associate Professor in the Department of Computer and Information Science at Penn. He came to the University in 2007 and was the Magerman Term Assistant Professor until his promotion in 2012. He was the founding co-director of the Penn Research in Machine Learning (PRIML) Center and held a secondary appointment in the Department of Statistics at The Wharton School.

He was widely recognized and honored for his groundbreaking research in machine learning, natural language processing, and computer vision, receiving the Sloan, ONR Young Investigator, and NSF CAREER awards and was named a Distinguished Research Fellow at the Annenberg Center for Public Policy in 2011. He was an inspiring teacher, advisor, and mentor beloved by his students and colleagues.

With his brilliance, warmth, and kindness, Ben left a deep impression on everyone who knew him. At Penn, his contributions to the CIS department, the GRASP Laboratory, the Statistics department and beyond had an enormous impact. While we were sorry to see him leave Penn, that regret was nothing compared to the immeasurable sense of loss we now feel.

We will cherish the many memories he left behind.

If you would like to share memories, pictures and contribute to the Ben Taskar Family Benefit Fund, please visit bentaskar.com.

A memorial service for Ben Taskar will be held at the University of Pennsylvania on Monday, December 2nd in Wu and Chen Auditorium, Levine Hall from 3 to 4:30 pm.