Cultivating the next generation of women engineers 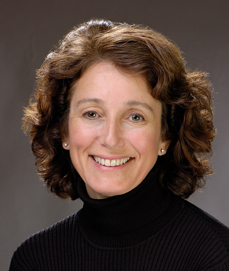 A conversation with Professor Susan Margulies

The number of women choosing to study engineering at the undergraduate and graduate levels has been steadily increasing in the United States during the past two decades. And that is excellent news to Susan Margulies, George H. Stephenson Term Chair and professor in the Bioengineering department.

Margulies is among those who have worked tirelessly in recent years to attract more women to study engineering. And their efforts appear to be paying off.

The number of women graduate students in all engineering fields in the United States increased from approximately 6,800 in 2000 to about 10,600 in 2010, for a 56 percent growth rate, according to the National Center for Education Statistics (NCES). And the number of engineering bachelor’s degrees awarded to women increased from approximately 13,400 in 2000 to almost 15,000 in 2010 for a 12 percent increase, according to NCES.

At campuses across the country, about 20 percent of incoming engineering students are women, but at Penn they make up 30 percent. Gender composition in Margulies’ own field of bioengineering at Penn enjoys an approximate 50-50 balance.

At Penn, Margulies is a founding member and currently is a vice president of the Penn Forum for Women Faculty, which offers programming and networking opportunities for women faculty of all disciplines.

Here Dr. Margulies shares what inspired her to pursue engineering and her thoughts on how the field can continue to attract more women.

How did you get interested in engineering?
My father is a physician, and most of his siblings were, too. I was good in math and science, and I wanted to use that interest to help make people’s lives better.

I also had many role models of strong, smart, accomplished women along the way, many in my own family. My aunt was a physician and biostatistician who used math to understand medicine and genetics. She was an important role model for me. My grandmother, who was raised in Russia, was always good in math, and during an era when Jews were not allowed to attend school, she taught math. She was widowed in her early 40s, and yet she continued my grandfather’s wholesale leather business, which at the time was very much a man’s field. She had two daughters in whom she instilled confidence, altruism, graciousness and femininity. As a single parent, she raised two daughters and cared for her aging parents, balancing family and work. So I had several role models who influenced me at a young age.

When I was accepted into Princeton, I didn’t even know what an engineer did. I applied to college undecided on a major. On the reply card, there were only two boxes, and no box to check for undecided. It was either School of Arts and Sciences or Engineering. I consulted a faculty member at Princeton who said the freshmen-level, pre-med courses would be all the same, but the engineering school had better advising. So I checked the engineering box and became an engineer. I literally fell into engineering.

By my sophomore year when I was taking courses in mechanical and aerospace engineering, I loved the application of the basic sciences, so I knew I had found the right place.

What do you enjoy about engineering and about biomechanics and neuroscience in particular?
I like the systematic approach to solving open-ended questions. I like using that approach to understand how the body works, and because my background is in biomechanics, it is usually related to the physical environment acting on cells, tissues and organs on the molecular and macroscopic levels. I like integrating science, math and engineering to understand the limits the body can withstand, and how to prevent and treat injury.

Since your days as an undergraduate, have you been anecdotally noticing more women moving into engineering, and if so, to what do you attribute that?
Bioengineering has enjoyed nearly equal amounts of men and women at both the undergraduate and graduate levels for a long time. I think what attracts women to bioengineering and biomedical engineering is the strong societal impact of the work, and that, along with the collaborative nature of the work, appeals to women. We don’t have to do much to encourage women to study bioengineering. But we do need to work on leaks in our pipeline, which occur after the PhD; we need to encourage more women to go into academia and become professors.

What do you think continues to steer some women away from engineering as a profession?
Regardless of the setting, when women pursue the path less traveled — whether it is as the CEO of a venture capital firm, a vice president of a company or in academia — when you are the only one or one of just a few at the table, it can be intimidating. You can feel like when you offer an opinion, others think that opinion represents your gender or all under-represented minorities, rather than your own personal thoughts. That’s why it is important to build a community for support, whether it is peers or groups of mentors, local or distant. It is important to turn to your community and consult.

Ten years ago, I attended a National Science Foundation leadership training workshop at which there were about 50 newly tenured women engineering professors. It was the first time I had ever been surrounded by women who all had lives like mine. The suggestions and camaraderie were invaluable.

I wanted to recreate that in the BE community. So at a Biomedical Engineering Society meeting a few years ago, I sent word around for women to meet at the bar just to talk and meet one another. About 50 women showed up. The second year, I asked for a line about the meeting in the conference program, and about 100 women showed up. Now I arrange for BMES every year to have a more formal program of networking and professional development for women that is open to students, faculty and women from industry. We routinely get 250 to 300 women at each event.

Next I wanted to create that culture here at Penn, and as one of six senior women faculty from different schools, we created the Penn Forum for Women Faculty. It oversees and plans the programming, activities and other initiatives on issues of gender hurdles for women faculty and professional development. We also have workshops on time management and work-life balance, networking events, mentoring, and more. Importantly, the Provost’s office consults the Forum about issues pertinent to Penn women faculty.

What drives you to take on these issues?
Fundamentally, it is the tremendous satisfaction I get out of helping people to help themselves.

What are the top hurdles women face in engineering, and how can those challenges be resolved?
Isolation is one challenge, and building a community can help alleviate that. It also can help with another hurdle women face, which is the lack of sufficient numbers of role models for accomplished academic scholars in engineering. A third hurdle is balancing the raising of a family with career development. Fortunately, academia is flexible, and I can attend my child’s school play in the afternoon, and do many of my scholarly activities at any time off campus.

What steps does Penn take to ensure more women can advance in engineering studies?
Penn has several terrific organizations for women in engineering. For example, the student chapter of the Society of Women Engineers offers programs in leadership training and career development. Penn Graduate Women in Science and Engineering is another student-driven organization. And the Advancing Women in Engineering program provides a forum for women Penn students with programming, study breaks, pre-orientation outreach to high school students and more.

What advice do you offer young woman who are thinking about pursuing engineering degrees and careers?
Take the initiative to ask, whether your questions relate to career-advancement milestones, work-life juggling issues, or the right balance of committee work to teaching and research commitments. Also, develop your own mentoring team. And lastly, identify how you want to be known, and then develop a flexible, sustainable plan to achieve that goal over the long-term, despite inevitable bumps in the road. Your career is not a race; it is a journey. Make it a happy and fulfilling one.