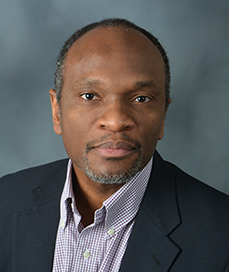 He leads an experimental research group focused on structure and dynamics of soft matter and complex fluids. Topics of interest include structure-property relationships in ordered soft materials, directed self-assembly of block copolymers and other soft mesophases, and rheology and slow dynamics of disordered systems.

Prior to joining CBE, Dr. Osuji was an Associate Professor at Yale University where he was the recipient of numerous awards, including a CAREER award from the National Science Foundation (2008) and the 2010  Yale College Arthur Greer Memorial Prize. In 2016, he was the recipient of the Yale Science and Engineering Association “Advancement of Basic Science” Award, and the Yale Graduate School of Arts and Sciences Graduate Mentor Award.

Highlights of his ongoing work include the development of self-assembled polymer nanocomposites for use as active layers in hybrid organic solar cells, fabrication of polymer membranes for selective transport by directed self-assembly, the design of microfluidic mimics of vascular structures for model studies of red blood cell mechanics, and elucidation of shear thickening and shear-induced structuring in particulate suspensions. These efforts have important implications in energy generation, water purification, the design of microfluidic assays for cell health and the handling of particulate laden complex fluids relevant in the manufacture of many consumer products such as shampoos, toner inks and cosmetics.